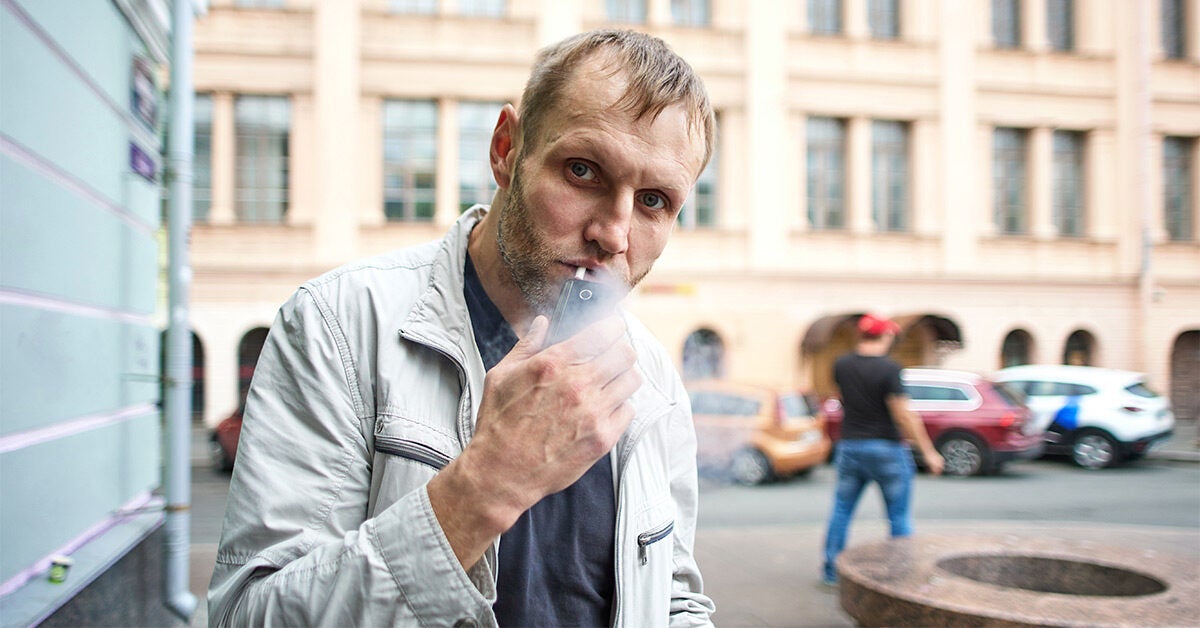 During a time when people are more concerned than ever about what they put in their bodies, a recent study shows users of e-cigarettes and other vaping devices are potentially ingesting thousands of unidentified chemicals that aren’t being disclosed by manufacturers.

Of the nearly 2,000 chemicals researchers could identify, at least six were potentially harmful, according to the study published last week in the journal Chemical Research in Toxicology, which examined the aerosols produced by the devices.

Researchers found industrial materials and caffeine among the substances, even when flavors were not coffee or chocolate.

The products also produced three industrial chemicals, a pesticide, and two flavorings linked with possible toxic effects and respiratory irritation, according to researchers.

“More and more young people are using these e-cigarettes and they need to know what they’re being exposed to,” said Carsten Prasse, PhD, MSc, a study co-author and an assistant professor of environmental health and engineering at Johns Hopkins Whiting School of Engineering in Maryland, in a press release.

“E-cigarette aerosols contain other completely uncharacterized chemicals that might have health risks that we don’t yet know about,” Dr. Prasse said.

Although they are often advertised as being safer than tobacco cigarettes, research has shown that e-cigarettes can also cause damage to hearts and lungs.

Unlike previous studies, which looked for evidence of chemicals found in the cigarettes, Prasse’s team tried identifying all the chemicals in the aerosols.

The researchers said among the substances they found were hydrocarbon-like compounds usually associated with combustion, which manufacturers say aren’t produced by vaping.

In cigarettes, condensed hydrocarbons generated by smoking are toxic, the researchers pointed out.

“It is not only possible, but likely,” Rizzo said. “Many manufacturers buy liquid from other companies and then add additional chemicals — flavors — before selling them to the public. Further, there are chemical reactions, both from the chemicals interacting and from the heating of the liquid by the battery, that can also cause new reactions and increase toxicity.”

Dr. Robert Goldberg, a pulmonologist with Providence Mission Hospital in Southern California, told Healthline the liquid may be key to the unknown ingredients.

“Studies continue to show that smoking e-cigarettes can cause significant injury to the lungs because liquid found in vaping and e-cigarette products includes other ingredients and compounds,” Goldberg said. “The challenge, though, with the liquid and e-cigarette aerosols is that there could be health risks associated with chemicals that we’re still learning about.

“Plus, in some cases, the chemicals found in the e-cigarette liquids are not currently heavily regulated,” he said.

Gabriel Nunez, a lab technician at Consumer’s Health Report, which analyzes the safety of health supplements, told Healthline e-cigarette manufacturers aren’t required to list all their ingredients on product labels.

“They are only required to provide the FDA [Food and Drug Administration] with information regarding the potential harm and risk of the compounds used to formulate their products,” Nunez said. “Many of the harmful compounds such as artificial flavoring are actually recognized as safe by the FDA. No testing is required to determine how safe the ingredient is when it’s been heated up to a certain temperature.”

“This unregulated area of formulation allows the consumer to use various compounds that become unsafe and active when they are heated and inhaled,” Nunez said. “Consider that the FDA’s list of safe ingredients was put into play long before e-cigarettes were around. Because of this. Manufacturers are taking advantage of using various ingredients that become unsafe through heat combustion, such as various hydrocarbon compounds.”

And the danger also extends to people in the vicinity of someone else vaping.

“The surgeon general has made clear that secondhand e-cigarette emissions are not safe to breathe in,” Rizzo said. “While much remains to be determined about the lasting health consequences of these products, the American Lung Association is very troubled by the evolving evidence about the impact of e-cigarettes on the lungs.”