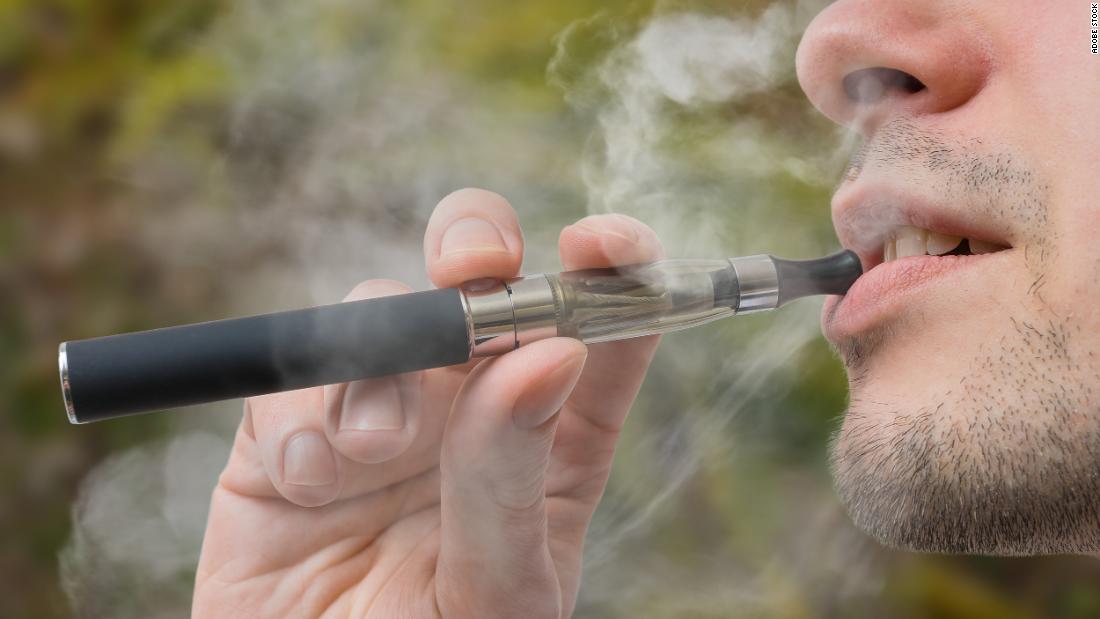 The UK’s Medicines and Healthcare products Regulatory Agency (MHRA) is publishing updated guidance which could allow e-cigarette products to be prescribed for those who want to stop smoking, the UK government said in a statement on Friday.

Manufacturers of e-cigarette products can now approach the MHRA with their products, which will go through the same regulatory approval process as other medicines available on the country’s NHS.

If products are approved, it would mean England would be the first country in the world to prescribe e-cigarettes licensed as a medical product, the government said.

Linda Bauld, Bruce and John Usher Chair in Public Health at the University of Edinburgh, said the news was “excellent.”

“While there is good evidence that e-cigarettes available as consumer products can help smokers to quit, we also know that up to one in three smokers in the UK has not tried these devices,” she told the Science Media Centre. “Smokers have concerns about safety and misperceptions about the relative risks of e-cigarettes compared with tobacco.

Bauld said that the cost of these devices acts as a barrier for some.

“The option of having approved devices that could be prescribed would reassure smokers about relative risks and also assist in reaching those least able to afford e-cigarettes,” she said.

“Smoking remains the leading preventable cause of inequalities in health so anything we can do to help less affluent smokers in particular to quit is a step in the right direction.”

However, e-cigarettes are not risk free, the government conceded.

“E-cigarettes contain nicotine and are not risk free, but expert reviews from the UK and US have been clear that the regulated e-cigarettes are less harmful than smoking,” the government said in a statement.

“A medicinally licensed e-cigarette would have to pass even more rigorous safety checks,” it added.

According to the NHS, while e-cigarettes do not produce tar or carbon monoxide — two of the most harmful elements in tobacco smoke — “the liquid and vapour contain some potentially harmful chemicals also found in cigarette smoke, but at much lower levels.”

Alan Boobis, emeritus professor of toxicology at Imperial College London and chair of the UK Committee on Toxicity, said: “I think it’s fair to say that using an e-cigarette that meets current consumer standards will be a lot less harmful than smoking cigarettes.

“Smokers trying to quit can try vaping, without waiting for a medicinally licensed product to go on sale before doing so. However, licensed vaping products will have to meet a defined standard set by the medicines regulator, the MHRA, and in return they will be available to clinicians to prescribe to their patients, which will be an important step forward,” he told the Science Media Centre.

Robert West, professor of health psychology at the Department of Behavioral Science and Health at University College London, said that the regulatory hurdles to be overcome for a product to be licensed are “huge” and he was not confident that e-cigarette manufacturers independent of the tobacco industry will have the resources to overcome them.

“Smokers can already get e-cigarettes from some stop-smoking services and this move could expand access to e-cigarettes,” West told the Science Media Centre.

“This could very easily lead to a situation where tobacco company e-cigarettes with limited effectiveness can be prescribed while much better ones cannot. In my view, no health care provider should prescribe an e-cigarette produced by a tobacco company,” he added.