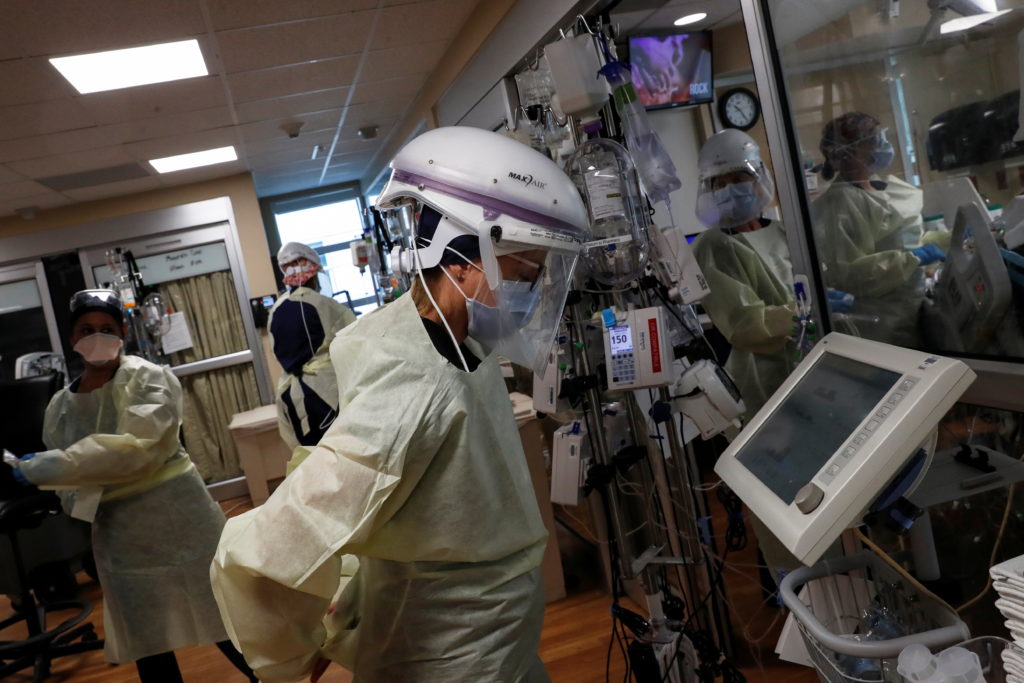 OMAHA, Neb. (AP) — More than a year after U.S. health care workers were saluted for saving lives in the COVID-19 outbreak and celebrated with nightly clapping from windows and balconies, some are being issued panic buttons in case of assault and ditching their scrubs before going out in public for fear of harassment.

Across the country, doctors and nurses on the front lines against the coronavirus are dealing with hostility, threats and violence from patients angry over safety rules designed to keep the scourge from spreading.

“A year ago, we’re health care heroes and everybody’s clapping for us,” said Dr. Stu Coffman, a Dallas-based emergency room physician. “And now we’re being in some areas harassed and disbelieved and ridiculed for what we’re trying to do, which is just depressing and frustrating.”

Cox Medical Center Branson in Missouri started giving panic buttons to up to 400 nurses and other employees after assaults per year tripled between 2019 and 2020 to 123, a spokeswoman said. One nurse had to get her shoulder X-rayed after an attack.

Hospital spokeswoman Brandei Clifton said the pandemic has driven at least some of the increase.

Some hospitals have limited the number of public entrances. In Idaho, nurses said they are scared to go to the grocery store unless they have changed out of their scrubs so they aren’t accosted by angry residents.

“It’s just another added pressure on health workers who have already been experiencing a lot of stress,” said Dr. James Lawler, an infectious disease specialist at the University of Nebraska Medical Center in Omaha, where some doctors have received online threats.

Dr. Chris Sampson, an emergency room physician in Columbia, Missouri, said violence has always been a problem in the emergency department, but the situation has gotten worse in recent months. Sampson said he has been pushed up against a wall and seen nurses kicked.

Dr. Ashley Coggins of St. Peter’s Health Regional Medical Center in Helena, Montana, said she recently asked a patient whether he wanted to be vaccinated.

Coggins said the patient told her that he “wanted to strangle President Biden” for pushing for vaccinations, prompting her to change the subject. She said security guards are now in charge of enforcing mask rules for hospital visitors so that nurses no longer have to be the ones to tell people to leave.

The hostility is making an already stressful job harder. Many places are suffering severe staffing shortages, in part because nurses have become burned out and quit.

“I think one thing that we have seen and heard from many of our people is that it is just really hard to come to work every day when people treat each other poorly,” said Dr. Kencee Graves, a physician at the University of Utah hospital in Salt Lake City.

“If you have to fight with somebody about wearing a mask, or if you aren’t allowed to visit and we have to argue about that, that is stressful.”

Hollingsworth contributed from Mission, Kansas. Iris Samuels contributed to this report from Helena, Montana. Samuels is a corps member for the Associated Press/Report for America Statehouse News Initiative.