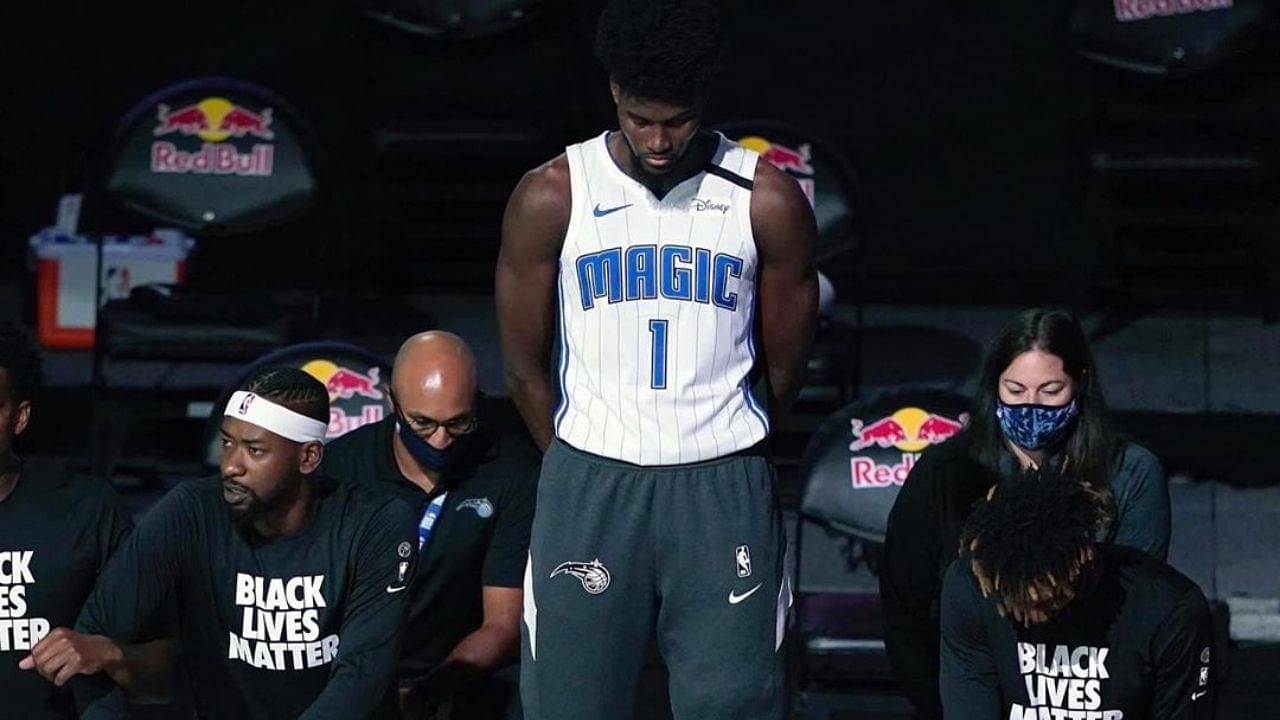 Jonathan Isaac said he’s not anti-vax but believes it should be a personal choice for each individual to make without criticism.

On Orlando Magic’s Media Day, Jonathan Isaac answered questions regarding his decision to not get the COVID-19 vaccine. The 23-year-old came out and took a strong stance against reports that he was an anti-vaxxer.

His response came days after he was labeled “proudly unvaccinated” in a Rolling Stones article on the NBA’s anti-vaxxers. He was not happy as he felt there was a misinterpretation of his comments earlier.

Jonathan Isaac doubled down on his stance on Covid vaccinations.

Here is what he had to say on the matter.

One of his main reasons for not being vaccinated is because he already has had the COVID virus in the past. He goes on to say the following.

“With me having COVID before and our understanding of anti-bodies and natural immunity still growing — and has changed pretty tremendously from the onset of the pandemic — taking the vaccine would decrease my chances of having severe symptoms if I was to catch COVID.

But given the fact that I’ve had COVID before, I have antibodies. My age group, my current physical fitness level, [COVID] is not necessarily a fear of mine.”

This isn’t something that you’d exactly call a popular opinion. However, it seems Cole Anthony does support his decision, saying this on the topic.

Isaac’s reason for refusing to get vaccinated is strict because he had contracted COVID-19 before. He also did not form these opinions by thinking about black history or watching Donald Trump.

Isaac said he had COVID and has some fear that he could have an adverse effect to the vaccine because of that. His message was that it should be someone’s choice to take it or not.

Jonathan Isaac said he is not anti-vaccine or anti-science and he did not come to his decision by studying black history or watching Trump videos. He is not comfortable taking the vaccine at this time.

Simply put, while he is personally against vaccinations for himself, he doesn’t look to influence anyone else’s opinion. The player has made it abundantly clear that he isn’t an anti-vaxxer.  He just doesn’t want it. That’s all.

No matter what the circumstances, there is pressure on him in the upcoming season. Even more so after this.

Hopefully, he comes back healthy from his ACL injury and proves that he is the real deal, and blossoms into one of the best defensive wings in the league…. if and when he is actually able to return to the court.