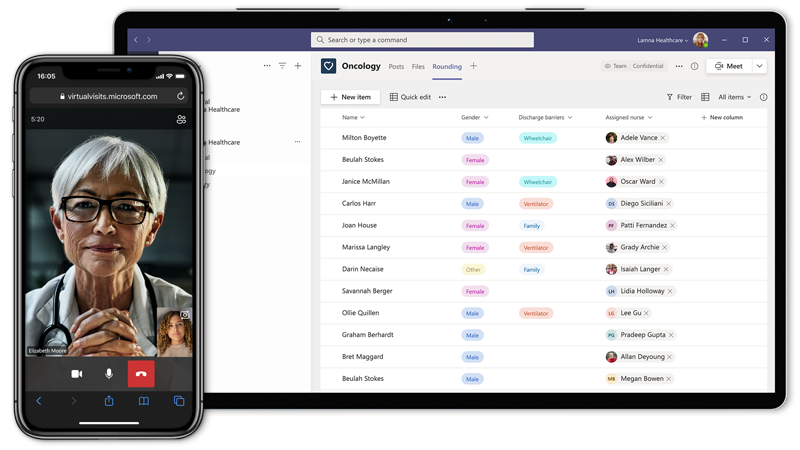 The tech giant’s Cloud for Healthcare service will now allow providers and patients to schedule and conduct virtual visits through the Microsoft Teams EHR connector for Cerner directly from Microsoft’s patient portal, without downloading any additional software.

The Microsoft Teams connector also integrates with Epic along with other partners like Allscripts and Nuance.

RELATED: Microsoft to buy Nuance in a $19.7B deal to expand healthcare AI, cloud capabilities

Many people turned to video meeting platforms like Microsoft Teams during the COVID-19 pandemic to connect with their doctors for virtual care. While telehealth usage has mostly leveled off in recent months, tech companies like Microsoft, Google and Amazon have sought to maximize the increased interest in virtual care by creating systems to support it as a true alternative to in-person visits rather than a pandemic Band-Aid.

The company announced several updates to the cloud service Tuesday beyond its EHR connector for Cerner. The new resources focus on expanded data capabilities and support for providers, “putting the frontline worker on equal footing with the information worker,” according to the statement.

Some of the offerings include a customizable virtual waiting room for telehealth visits, real-time updates for providers like patient wait times and missed appointments and SMS and email reminders sent to patients about virtual appointments.

The tech giant announced a collaboration with Teladoc Health in July to bring the healthcare company’s virtual care delivery technology to Microsoft’s cloud offering. The partnership allows clinicians to access EHR data via Teladoc Health Solo’s platform without having to leave the Teams app.

Microsoft also acquired speech recognition company Nuance Communications in April for $19.7 billion, its second largest acquisition to date. The two companies have been working together since 2019 to use Nuance’s artificial intelligence to help doctors record their conversations with patients and integrate them into EHRs.

being healthy is cool