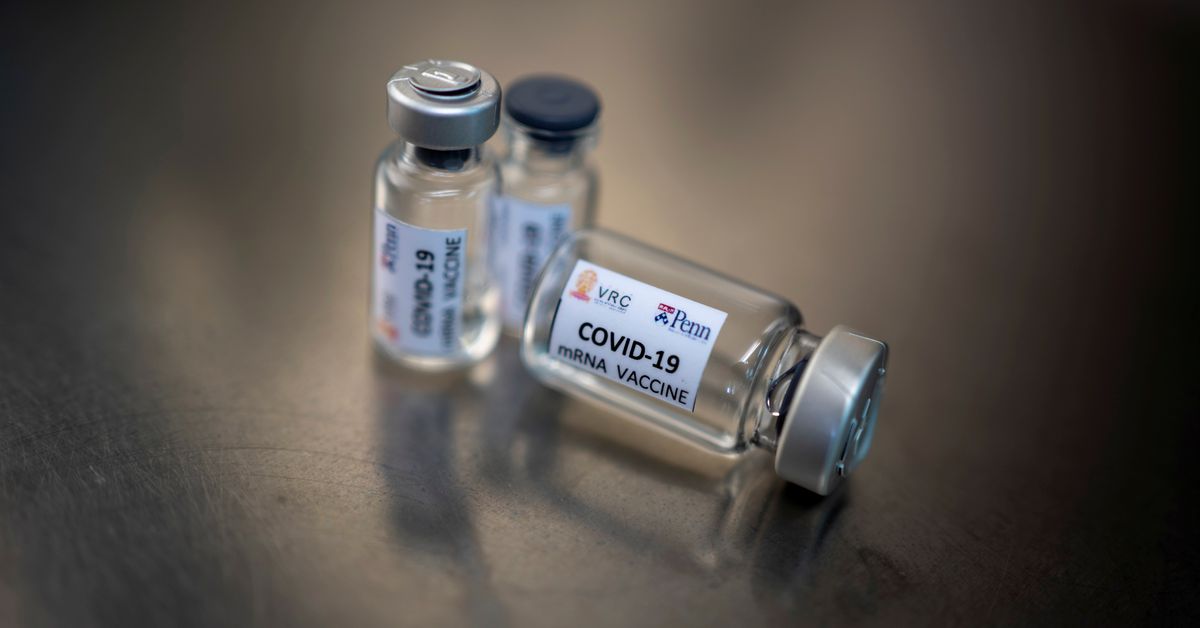 STOCKHOLM, Oct 1 (Reuters) – Scientists behind COVID-19 vaccines could be in the running to win the Nobel Prize for Medicine even though the pandemic is far from over.

Some scientists say it is just a matter of time: If the work that went into developing the vaccines is not recognised when this year’s prize is announced on Monday, it will win the award in years to come.

More than 4.7 million people have died from COVID-19 since the first cases of the novel coronavirus were registered in 2019, and many countries still live under severe restrictions intended to curb its spread.

But COVID-19 vaccines have helped some wealthy states return almost to normality while others are yet to receive vaccine doses in large quantities.

Among those seen by other scientists as potential winners of the Nobel Prize for Medicine are Hungarian-born Katalin Kariko and American Drew Weissman for their work on what are known as Messenger ribonucleic acid (mRNA) vaccines.

The mRNA vaccines developed by Moderna (MRNA.O) and by Pfizer (PFE.N) and its German partner BioNTech have revolutionised the fight against the virus. They are quick to produce and highly effective.

“This technique will get the prize sooner or later, of that I am sure,” said Ali Mirazami, professor at the Department of Laboratory Medicine at the Karolinska Institute in Sweden. “The question is when.”

Traditional vaccines, which introduce a weakened or dead virus to stimulate the body’s immune system, can take a decade or more to develop. Moderna’s mRNA vaccine went from gene sequencing to the first human injection in 63 days.

The mRNA carries messages from the body’s DNA to its cells, telling them to make the proteins needed for critical functions, such as coordinating biological processes including digestion or fighting disease.

The new vaccines use laboratory-made mRNA to instruct cells to make the coronavirus’ spike proteins, which spur the immune system into action without replicating like the actual virus.

The mRNA was discovered in 1961 but it has taken scientists decades to cure the mRNA technique from problems such as instability and causing inflammatory conditions.

Developers now hope it can be used to treat both cancer and HIV (human immunodeficiency virus) in the future.

“In addition to the fact that they have been shown to generate a very effective immune response, you do not have to tailor the production every time you make a new vaccine,” said Adam Frederik Sander Bertelsen, Associate Professor at the University of Copenhagen and chief scientific officer at vaccine company Adaptvac.

“It has actually saved countless thousands of people due to its speed and efficiency, so I can well support that.”
Kariko, 66, laid the groundwork for the mRNA vaccines and Weissman, 62, is her long-time collaborator. L1N2I2315

“They are the brain behind the mRNA discovery,” said Mirazami. He added: “They might be too young, the (Nobel) committee usually wait until the recipients are in their 80s.”

Kariko, with colleagues at the University of Pennsylvania, made a breakthrough by figuring out how to deliver mRNA without kicking the immune system into overdrive.

The Nobel Prize was founded by dynamite inventor Alfred Nobel and is awarded for achievements in Medicine, Chemistry, Literature, Peace and Physics. This year’s winners are announced between Oct. 4 and 11, starting with Medicine.