A $12.7 million order of critical medicines and medical supplies, placed by Venezuela’s development bank with the Pan American Health Organization, has been held up for more than two months as an indirect result of U.S. sanctions. The request, frozen by the Portuguese bank Novo Banco, covers more than 30 million syringes; 6 million vaccines against measles, mumps, and rubella; 5.5 million diphtheria and tetanus vaccines; 2 million polio vaccines; and 1 million yellow fever vaccines. It comes as the country has struggled with a punishing economic crisis and has battled notable upticks in vaccine-preventable disease in recent years — diphtheria and measles, in particular.

When faced with criticism over its sweeping sanctions against Venezuela, the U.S. government often points to the broad humanitarian exemptions in place, which it says allow for the free flow of food and medicines to those in need. But as the ongoing dispute over medical shipments illustrates, that’s not always the case.

According to documents shared with The Intercept, the Lisbon-based Novo Banco has for several weeks declined to approve a transfer from a Portuguese lender to the Pan American Health Organization, or PAHO, a public health agency affiliated with the World Health Organization.

Novo Banco did not respond to a request for comment. But according to critics within European Parliament, the stalled transaction is evidence of both the extensive reach and adverse effects of U.S. sanctions against Venezuela. Tightened under the Trump administration and left in place by President Joe Biden, these restrictions weigh heavily on banks and financial institutions — even those operating outside U.S. borders.

Novo Banco’s delay is part of a much larger conflict the bank has with the Venezuelan government. Starting in early 2019, after opposition lawmaker Juan Guaidó declared himself the country’s interim president and quickly earned recognition from the U.S. and the European Union, financial institutions across Europe froze assets belonging to the government of Nicolás Maduro or closely linked to it. These entities included Venezuela’s state-run oil company and its the public development bank, known as Bandes.

The sum includes roughly $1.7 billion at Novo Banco, a bank created in 2014 during Portugal’s most recent financial crisis. One quarter of the bank’s ownership belongs to Portugal’s Resolution Fund, a special state-backed fund to help stabilize banks. The other three quarters are owned by the American private equity firm Lone Star.

A nurse takes a break at the nursing station of the University Hospital, one of the most important in the training of doctors in the country, in Caracas, Venezuela, on June 3, 2021.

Though the EU has no longer recognized Guaidó as Venezuela’s president since January, the impasse has dragged on at Novo Banco. According to a July ruling from a Lisbon judge, the Portuguese lender is explicitly authorized to approve transactions from Bandes, so long as the transactions get approval from a judge beforehand. That’s precisely the process Venezuela’s development bank aimed to initiate this summer.

On July 22, Bandes requested approval from Novo Banco to send the roughly $12.7 million order to PAHO. To reduce fears of violating U.S. sanctions and maximize the chances of getting the green light from a judge, Bandes proposed conducting the transfer in Brazilian reais and depositing the money directly into a PAHO account based in Brasilia. It also included information about the medicine and supplies in question.

Two months later, however, Novo Banco has yet to give the thumbs-up. On September 15, Bandes President Héctor Andrés Obregón Pérez sent a follow-up letter to Novo Banco CEO Antonio Ramalho, urging him to move forward on the transaction, noting that the payment is “urgent” and for “humanitarian reasons.”

Now Novo Banco’s inaction is triggering criticism outside of Venezuela. A group of 24 European Parliament members plan to release a letter Thursday calling on the Portuguese lender to move ahead with the Venezuelan order for medicines. The letter, shared ahead of public release with The Intercept, argues that “there is no legal or extralegal obstacle that would preclude a Portuguese bank from making a transfer of Bandes’ own funds in Brazilian reais directly to a Brazilian bank account in order to pay for humanitarian supplies.”

The group also laments that “European banks continue to be over-compliant” with U.S. sanctions against Venezuela in spite of efforts “to clarify that humanitarian aid is perfectly permissible and even desirable.”

It’s a critique similar to the one made by the Progressive International, which earlier this year organized a conference highlighting the adverse effects of U.S. sanctions on public health — and in particular, the global fight against Covid-19.

“The case of Novo Banco makes it clear: sanctions kill,” James Schneider, communications director of the Progressive International, told The Intercept. “President Joe Biden and the G7 love to speak about the need for ‘solidarity’ in the face of a global pandemic. Yet their economic policies shut entire countries out of access to basic life-saving medicines and protect the profits of their pharmaceutical corporations ahead of the lives of everyday people dying of Covid-19 and other diseases.”

A spokesperson for the U.S. State Department declined to comment.

For its part, the Treasury Department’s Office of Foreign Assets Control — or OFAC, the agency that oversees enforcement of sanctions — maintains that various restrictions on doing business in Venezuela do not block civilians from accessing much-needed food and medicine. In August 2019, even after the Trump administration tightened sanctions as part of its so-called maximum pressure policy against Maduro, OFAC issued a guidance stressing that “the flow of humanitarian goods and services to the Venezuelan people is not prohibited by U.S. sanctions.”

Nevertheless, financial institutions sometimes go above and beyond what’s legally required, shying away from authorizing certain transactions out of an abundance of caution or fear of risking hefty penalties. As The Intercept reported earlier this year, for instance, the Venezuelan government blamed U.S. sanctions for hampering its ability to access Covid-19 vaccines through COVAX, the global vaccine-sharing initiative backed by the World Health Organization. (At the time, the State Department rejected the notion that it bore any responsibility.) In any case, Venezuela finally received its first shipment through COVAX this month. It was the last country in South America to get it.

Alena Douhan, the United Nations’ special rapporteur on unilateral coercive measures and human rights, has also drawn attention to the issue. In February, she issued a preliminary report on the effects of foreign sanctions on Venezuela, calling existing humanitarian exemptions “ineffective and inefficient” and arguing the “devastating effect” of sanctions is “multiplied by extra-territoriality and over-compliance.” Douhan has also specifically singled out Novo Banco: In July, she sent a letter to the bank alongside other U.N. officials in which they criticized the presence of “growing over-compliance, zero-risk policies” and reminded the Portuguese lender that EU member states are prohibited from complying with U.S. sanctions.

While debates rage over who bears responsibility, it’s clear the broader economic and public health picture in Venezuela remains bleak. More than 5 million people have fled the country in recent years, according to the U.N.’s High Commissioner for Refugees. According to the U.S. government’s own USAID agency, 7 million Venezuelans are in need of humanitarian assistance.

Thus far, the Biden administration has shunned calls to significantly change the Trump-era approach to Venezuela. In a joint statement issued in June alongside the EU and Canada, the U.S. has said it would consider easing sanctions on Venezuela if “meaningful progress” is made in talks between opposition figures and the government. This month, representatives from Guaidó and Maduro’s camps have held two rounds of negotiations in Mexico City mediated by Norway. As November’s regional elections approach, Maduro has applauded progress in talks, while a statement issued by Norway’s foreign ministry Monday said that the “two sides’ positions moved closer.” 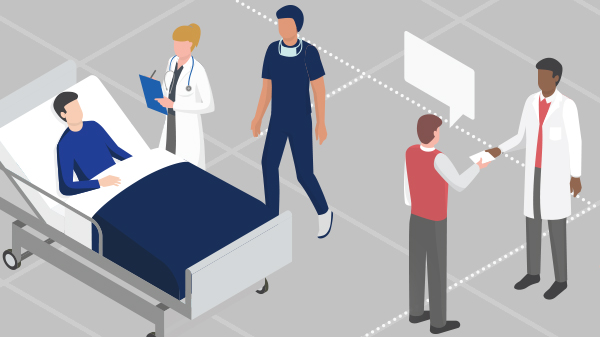 November 28, 2021 Gita German
We use cookies on our website to give you the most relevant experience by remembering your preferences and repeat visits. By clicking “Accept All”, you consent to the use of ALL the cookies. However, you may visit "Cookie Settings" to provide a controlled consent.
Cookie SettingsAccept All
Manage consent